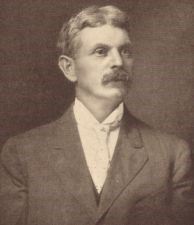 Soon after coming to America he bought the Grump quarry in Westerly, RI. It later became known as the Sullivan quarry and was considered the finest granite for Statue works. Opening the first Statue factory in Quincy he became a leader in the business and was also a major owner in the granite turning mill. He completed major works that were shipped all over the world. Some photos from his stone shed show that he did many Civil War statues. It is reported that his company completed 39 in one year. He also replaced the original 4 wooded civil war statutes at the Alabama memorial with granite ones.

Jack Barnicoat is the great grandson of granite sculpture Fredrick Barnicoat, founder of the company that made our Soldiers’ Monument. The great pictures and information in this chapter have been kindly offered with his compliments.