The author greatly appreciates the effort and contributions made by the following people who have helped to complete this project.

At the top of that list would be York historians Virginia and Dexter Spiller. These two people are the most formidable team of historical researchers the town of York has and maybe ever has had. They have unselfishly given to me their valuable time, efforts and good schooling for this effort. Visiting their home and being mentored at their kitchen table has been a unique and enriching experience I will carry with me always.

My home team captain Roberta Jones cannot be thanked enough. Over 41 years of teaching sixth graders well prepared her for our marriage and the odd interests that seem to occupy my poor mind.

Jack Barnicoat, the great grandson of the man whose company made our Soldiers’ Monument has graciously contributed wonderful pictures and comments about the granite artists and artisans from a time now long gone in Quincy, Massachusetts.

Luthor Hansen, curator of the US Army Quartermaster Museum in Fort Lee, Virginia for his patience and generous help.

Richard Aberini, Curator of the Littleton Museum in Littleton, New Hampshire has provided information and pictures of our monument’s twin at the time of its dedication in Littleton.

Rick Mace, Tax Assessor for the Town of York for seeing through the financial weeds and making sense of the numbers.

Steve Burns, Town Manager of York, Maine for his encouragement and willingness to see the Soldiers’ Monument information and pictures on the town’s web site.

Brett Horr, York’s Director of GIS and Technology for orchestrating and posting this work and also devising the matrix for all York War Monuments on the town web site.

John Viele for the wonderful post cards of the cannon sitting where it was originally placed on that ever shrinking, triangular island in the middle of York Village.

Huge thanks to Timothy Cooper who graciously provided the long desired photograph of the Soldiers’ Monument dedication on May 30, 1906. The photograph is part of the Edward Cooper collection. 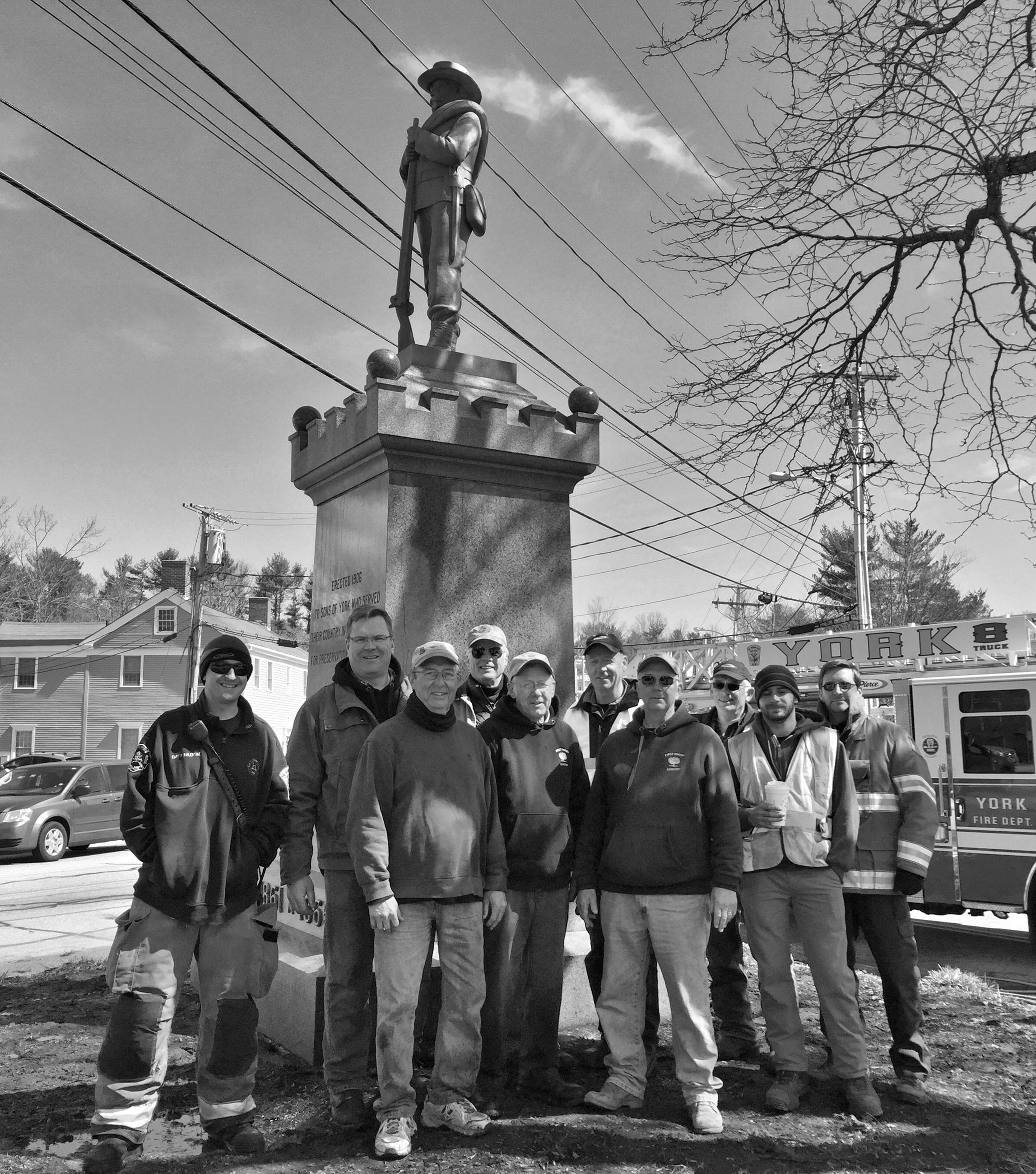